Judy Boyd was born in Texas and has since lived in the Western US, Mexico, and Ecuador. Her earliest artistic attempts were encouraged by her grandmother, an accomplished oil painter, and her mother, an electronics designer. Motherhood put Judy’s aspirations to be an artist on the back burner where they remained for decades. During those years she earned degrees in cartography and information technology, and had a career as an education specialist at a geographic information systems software company.

Judy picked up her paint brushes again in 2000, experimenting with watercolors for the first time and using birds as her subjects. The more birds she painted, the more fascinated by them she became. She was inspired to earn a Certificate in Field Ornithology and took early retirement in 2004 to travel extensively in North, Central, and South America to observe, photograph, and paint birds. Photographic realism has never been Judy’s goal, but she strives to make the species of the bird easily recognizable in her paintings. After that’s accomplished, she takes artistic license with colors, patterns, and textures and uses every opportunity to explore repeating shapes. Fanciful backgrounds and unique borders tell a story about the birds’ habitats: a sinuous blue-green border on her American Flamingo, for example, represents the cyanobacteria that turn flamingos pink when they eat it. The border on an African Kori Bustard was inspired by Maasai tribal designs. A tropical Wood Stork is framed by bamboo.

After returning to the United States from Ecuador in 2012, Judy settled in Santa Fe, New Mexico, and more recently moved to Jemez Springs. She is an active member of the New Mexico Watercolor Society and is the 2018 President of the Santa Fe Society of Artists. She had the honor in 2017 of being selected as an Artist in Residence at the Audubon Camp on Hog Island, Maine . 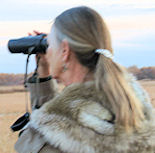 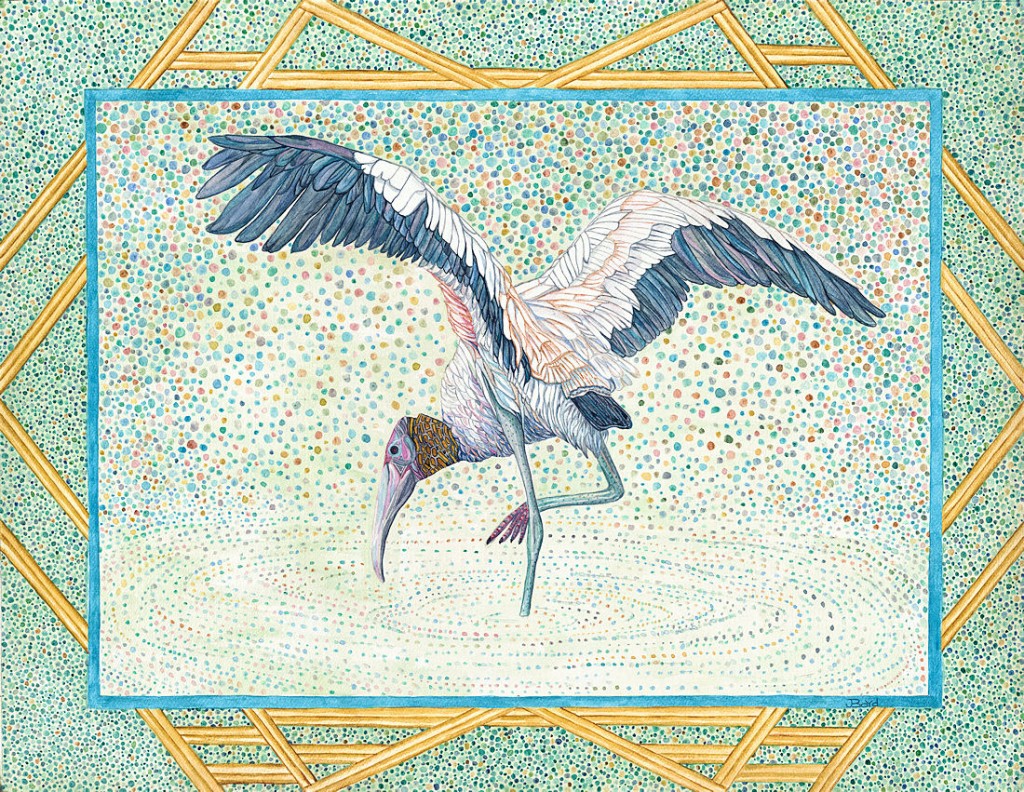 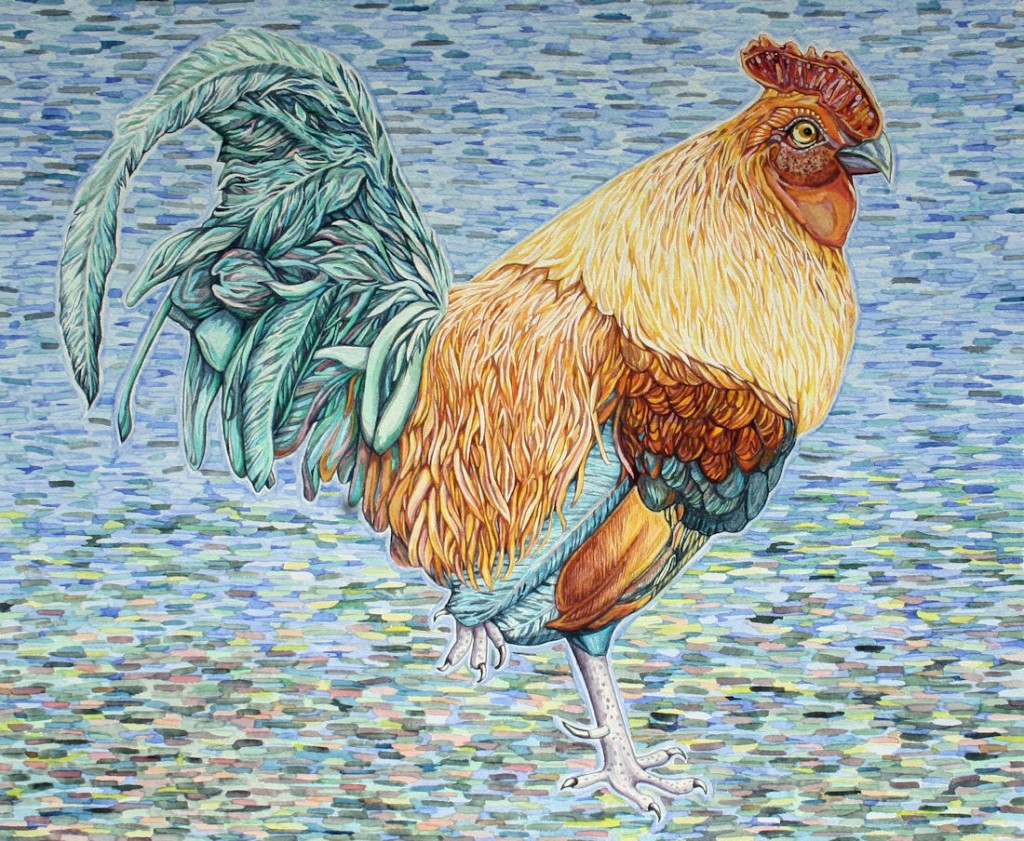 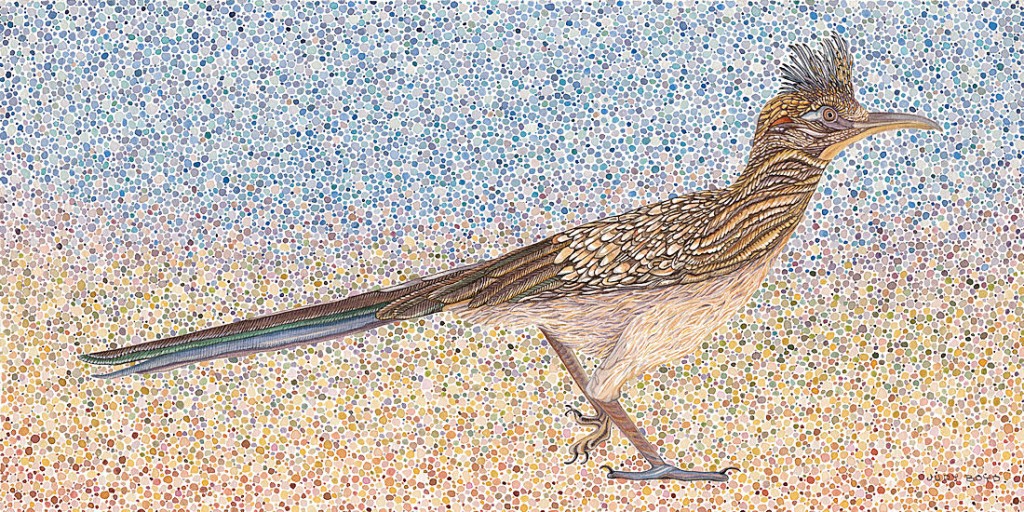 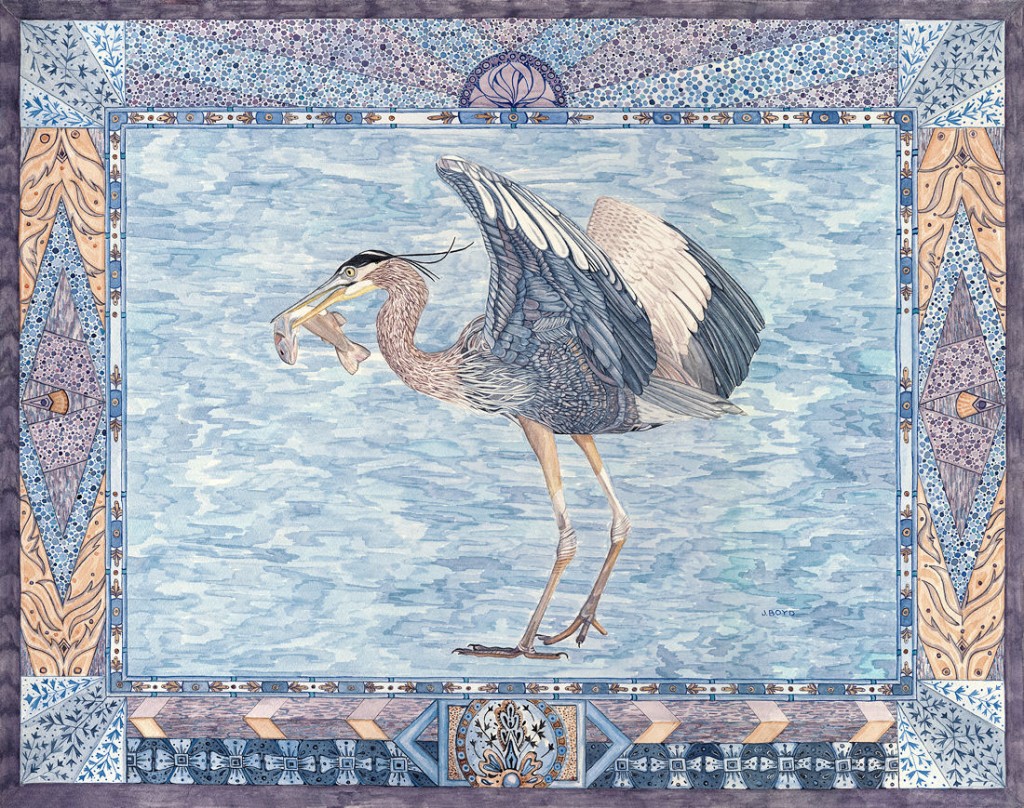 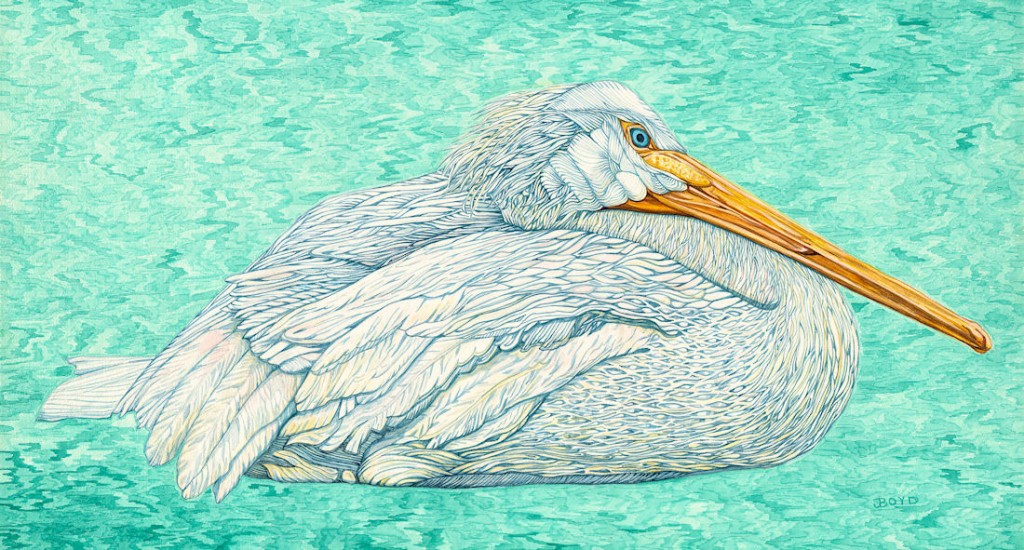